Earlier this month, our Tempe-based friends from Girls Gone Wild University and Casino unveiled a new look for their long-beloved mascot, Sparky the Sun Devil. On the left, you'll see the old Sparky that you've learned to know and love/hate/be completely indifferent towards because you take no interest in college sports. On the right...

Now, let's be honest: Both look pretty damn ridiculous, and that's acknowledging that the world of mascots is one that celebrates absurdity (case in point: the anthropomorphic cat that roams the sidelines of UA games, doing one-handed push-ups, mugging for cameras, and occasionally baring his belly towards the UA band).

He looks like a villain from a Disney movie — the kind of villain that scares the hell out of you as a child and haunts your dreams. It’s like a cross between Jafar from “Aladdin” and the honey bee from the Honey Nut Cheerios commercials, with a little bit of Buzz Lightyear thrown in. He definitely doesn’t make you want to take pictures with him at football games.

And from the Arizona Republic:

Two Facebook pages, a student-generated YouTube video and an online petition have sprung up, calling on ASU to reject the new version of Sparky that was designed in partnership with Walt Disney Co. Some alumni have threatened to hit ASU where it hurts — in the pocketbook — by withholding donations.

Even the University of Arizona’s mascot, Wilbur the Wildcat, commiserated in a tweet: “It’s a sad day for the mascot world! Even though I can’t stand ASU it truly is sad to see a mascot ruined.”

ASU’s Undergraduate Student Government passed a resolution last week seeking to ban the new mascot from sports events. A student referendum on the new Sparky, which would only be symbolic, could take place next month.

No, really. Wilbur weighed in:

Only #asu can take a terrible thing like sparky and make it so much worse! #BearDown #ArizonaWildcats


While there doesn't appear to be anything significant on the horizon for GGWU&C's current least-popular person on campus, the administration for that institution of higher learning seems to be paying attention—again, from the Republic:

At the town-hall meeting with students last week, (ASU President, Michael Crow) tried to lighten the mood. He said he and the old Sparky had a silent, telepathic conversation — silent because Sparky doesn’t talk — in which Sparky reflected his displeasure with his replacement. 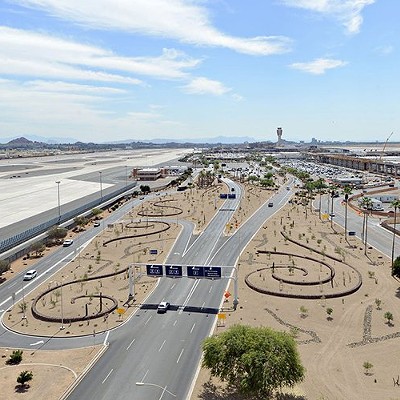