Bad news out of Sahuarita: Nine members of Sahuarita High School's wrestling team have been arrested under suspicion of participating in a bullying incident in the school's locker room.

From the Green Valley News:

According to police, several members of the wrestling team cornered a freshman Tuesday evening and "roughed him up." Police said the victim's pants were pulled off and several of the attackers performed a lewd act on him.

Wrestling Coach Tom Dorgan told the Sahuarita Sun/Green Valley News by email that he is still gathering information and would have no comment at this time. Dorgan, who has coached at the school for 33 years, said they have every intention of continuing the season.

Police termed the attack a "bullying/hazing" incident and said the freshman was not on the wrestling team.

Three of the suspects are 18 years old and have been identified by police as Andres Vasquez of Amado, Jorge Loya-Lopez of Sahuarita and Marcus Stitts of Sahuarita. The six juveniles arrested were not identified.

Police said the victim did not come forward and they were notified of the incident by somebody else Wednesday morning. They spent Wednesday and well into the early hours Thursday interviewing witnesses and suspects.

The wrestlers all were charged with aggravated assault and kidnapping.

Hey Boomer, Paul from Connecticut is Looking for You

Eugene Patterson's Advice for the Ages 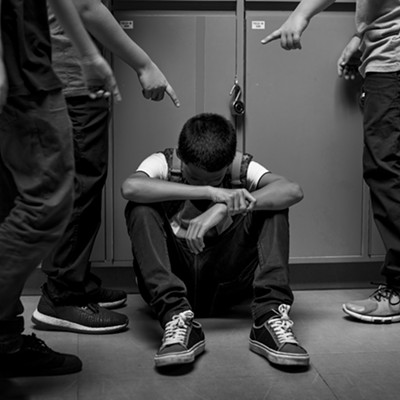