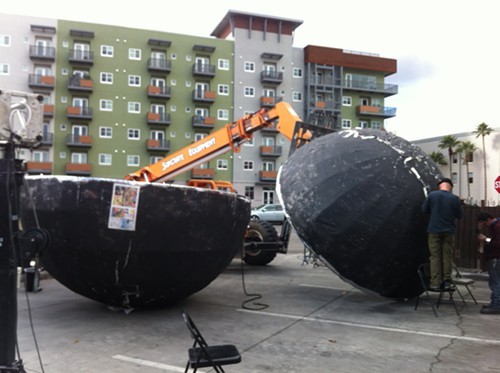 The largest disco ball in North American history was under construction this afternoon at Hotel Congress in advance of the big Studio 54 New Year's Eve party tonight.

That sounds like fun, as do the big downtown dance parties at the Rialto Theatre and Playground; Paula Poundstone's set at the Fox Theatre; and the Loft Cinema's screening of The Poseidon Adventure, which is timed to start so that everyone in the theater can celebrate the new year at the same time as the doomed passengers aboard the ship do.

You can find the Weekly's roundup of New Year's Eve stuff right here.

Rejoice! The Return of 'Arrested Development' Has Been Announced!