Somehow culinary-punching-bag Guy Fieri managed to sneak Indoor S'Mores Pizza past the disapproving eyes of most of the internet for almost an entire year. But Eater managed to discover the item's Sam's Club page, featuring a parade of comments from disappointed purchasers of the two pack of dessert pizzas.

My favorite, by user "NoellesMommy," who also provided the above photo:

I bought two packs (4 pizzas) for a church dinner. First of all, according to the package, you are supposed to place them directly on the rack in the oven to bake. Marshmellow melted and fell down into the bottom of both ovens and smoked the entire kitchen/dining room area up (not to mention made a HUGE mess in the oven). Then I tried to slice them with a pizza cutter and most of the topping came off while slicing. Finally, the taste was HORRIBLE! I would have never expected it to be spicy. These pizza's were a total disappointment!

I feel like NoellesMommy should have at least mentioned one pro- to the item — after all, everyone prefers criticism when accompanied with a compliment. Perhaps she should have mentioned that the pizzas are refreshingly free of "donkey sauce."

In the Wake of Sandy Hook, Americans Have Lost Their Damn Minds 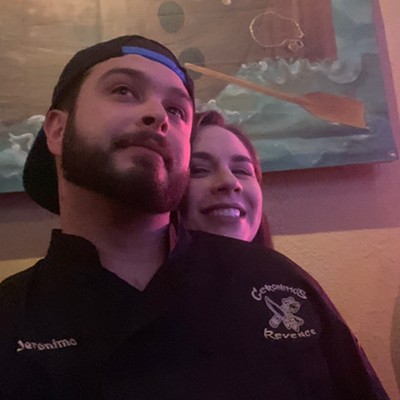