Tom Goes to the Chair: Danehy's Blogs About TV

For years, I've managed to avoid blogging. It just seemed like a whole lot of people, shouting to be heard. I guess it's better than leading one's life in quiet desperation and going to your grave with the song still in your heart, but even the word "blog" sounds like the noise one makes when removing his shoe from the pile of crap he just stepped in. I have softened my stance over the years. For example, I read Charles S. Pierce's wonderful Politics Blog in Esquire. And, in the coming New Year, I might try reading somebody's else's, as well.

I wanted to write a semi-regular column about television for The Weekly but there's no room. I figure we could get rid of the Mexican guy, but that's an executive decision.

There's an old saying that one's IQ is in inverse proportion to the amount of TV one watches. If that were true, I would be whatever's below an imbecile. Although, in recent years, I find myself watching less and less. I'm not sure why; I certainly hope that it's not a sign of maturity. That would screw me up big time.

I'm going to try this TV blog thing for a while and see how it goes. If it's not right for me, I'll just go back to getting rich off writing my column. (That's an inside joke. See, I write for an alternative publication in a really bad economy, one in which the internet is sucking the life and all of the profits out of newspapers around the world.)

I'll just watch the stuff and let you know what I think. I'll try not to waste your time with dreck, which means most of what falls under the category of "reality TV." I pretty much hate almost all of that stuff, partly because it's not real and also because I wouldn't want to stand in the same line at Walmart with those people. Why would I want to sit in my living room and waste a half-hour watching them do staged stupid stuff for the cameras?

There is a growing sentiment that some of what's on television has zoomed past much of what's in the movie theaters, in terms of quality. I'm not making that statement, mostly because I hardly ever to go a movie any more. I simply can't stand the knuckleheads who can't go 15 seconds—let alone two hours—without checking their phones. People are jackasses. However, I can say that there is a lot of good stuff on TV, and even a handful of shows that are great.

Enter Our GIF Contest: We Literally Have a Stack of Gift Cards To Give Away

The Timeless Draw of 'A Charlie Brown Christmas' 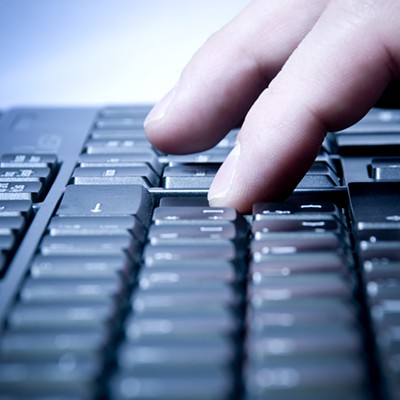