I Wonder If Talking Animals Will Be Involved: Seth MacFarlane To Host Oscars

MacFarlane has shown that he does have presence on TV — he MC'd Comedy Central's Roast of Charlie Sheen last year, and pulled off hosting duties during Saturday Night Live's season opener a few weeks ago. Plus, it doesn't hurt that the man has shown himself capable of carrying a tune (see any and all Family Guy musical episodes), and is actually, y'know, funny, even if his TV shows tend to come off as a bit one-note.

I mean, I'm relatively certain that this will be a success — even if he can't work as blue as he would tend to given free rein, MacFarlane is a smart guy and a hell of an entertainer. The only catch would come if he happens to skewer some of Hollywood's A-Listers a bit too much — but, given the circumstances, isn't that what we want to see anyway?

For a look at MacFarlane's SNL monologue, click below the jump.

There Are People Who Still Think Obama Is A Muslim

Casa Video One Doc At A Time: "Autism: The Musical" 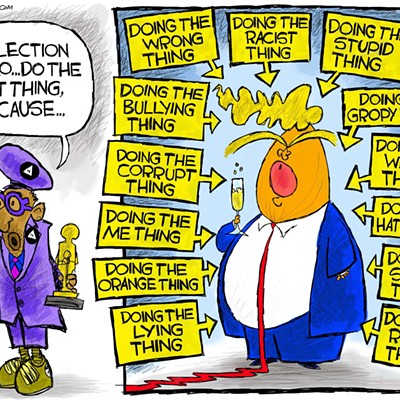