Yeah, this definitely blows "free smoothie" punch cards out of the water.

A Malaysian car wash recently got in trouble for its interesting customer loyalty cross-promotion — apparently, someone got the bright idea to offer free sexytimes at a local brothel to repeat customers who got their repeat customer cards punched ten times.

From The Truth About Cars:

“To get the extra ‘offer’, customers must send their cars for washing nine times within a certain period. The tenth car wash will entitle them to free sex,” Emmi Shah Fadhil, officer-in-charge of the local Crime Prevention Division told the Malay Mail.

Car-less customers, or those who did not want to wait for nine car washes for free sex could pay between 130 and 180 Malaysian ringgit ($42 and $58) for immediate gratification.

A raid of the premises led to the arrest of four men, none of them customers, and “nine Vietnamese women, believed to be prostitutes and [guest relations officers], aged between 18 and 28,” says the paper. A report by the Malaysia Chronicle says that the raid netted evidence in form of “several condoms stashed inside a microwave.”

The car wash connection was only revealed after loyalty cards were found on several customers (who were not arrested.)

This puts a new spin on the phrase "wax job," I guess. I'll just have to file this under "business ideas to take to Nevada should journalism not pan out."

For more on this story, check out The Truth About Cars. 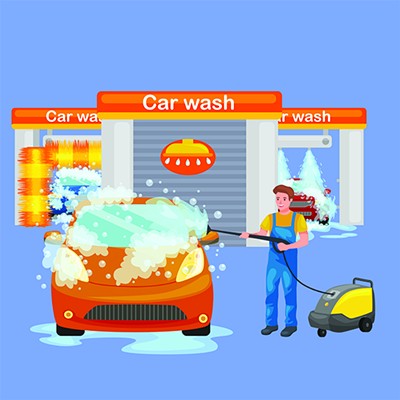