As part of our extensive Arizona Presidential Preference Primary coverage, we've offered Republican and Green candidates on the ballot the opportunity to speak directly to the voter, unedited. Today, Republican Charles Skelley discusses his proposal for a campaign excise fee, partially in the third person:

Tucson AZ, Republican Presidential candidate Charles Skelley (co-founder of Worlds Masterminds) says it is not "fair" that raising and spending huge sums of money at a frenzied pace produces the winner in far too many US Presidential Primary elections. Typically less than 0.0001% of US citizens receive and spend these frenzied Presidential political campaign contributions. Most citizens understand that the US campaign financing system is broken and needs to be reformed.

Skelley aims to channel part of this frenzied windfall revenue into a non-partisan college (functioning in all years, not just the brief Presidential Primary election seasons) for developing, popularizing, and "greening"
moderate political candidates, in regard to excellent non-partisan principles for governing the US.

As discussed below, revenue for this new non-partisan political system might be about $280 million from each Presidential campaign season. Skelley's plan might aim to collect a 28% fee from all political
contributions, because that 28% rate was the top Federal IRS Income Tax bracket at the end of president Reagan's administration.

Placing a new fee on Presidential campaign contributions would not reduce the number of US Presidents. And president Reagan once reminded us that "what you want less of" is a proper thing to "tax".
Consequently, Skelley's new arrangement should be understood as an "excise" fee, but not a "tax".

"Monies raised through excise are often earmarked for redress of specific social costs commonly associated with the product or service being taxed. Tobacco tax revenues, for example, might be spent on government anti-smoking campaigns. Excise duties or taxes often serve political as well as financial ends. Public safety and health, public morals, environmental protection, and national defense are all legitimate rationales for the imposition of an excise." reference: http://en.wikipedia.org/wiki/Excise

According to: http://www.gwu.edu/~action/2008/presfin08.html#1
"All told through June 30, 2008 twelve Republican candidates received a total of $337.3 million in individual contributions. During the same period eight Democratic candidates reported $633.8 million in individual contributions .... Taking into account other receipts, including transfers from other committees, loans often from the candidate, federal matching funds and PAC contributions, total receipts in the pre-nomination period by just the campaign committees were over $1 billion as were total disbursements."

Time is Running Out to Win Brad Garrett Tickets 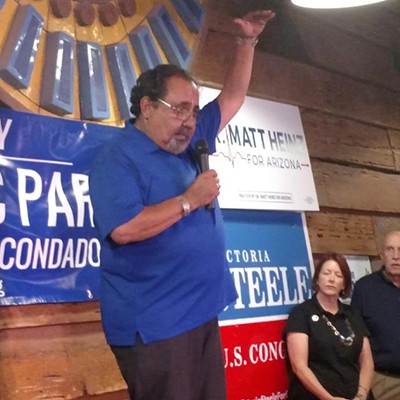