Giffords to Cast a Vote Wednesday Before Resigning

According to Politico, Rep. Gabrielle Giffords will be given the opportunity to vote on the vote she championed cracking down on ultralight aircraft used in cross-border trafficking. The bill, which failed in the last Congress due to rules issues, was introduced last night, with Rep. Jeff Flake and Rep. Giffords as co-sponsors.

Giffords, who has spent the past year recovering from a failed assassin’s bullet, announced on Sunday that she will resign from the House this week in order to concentrate on her rehabilitation. She is expected to attend the president’s State of the Union address Tuesday night and to be on the floor for Wednesday’s vote before submitting her resignation.

So, Flake, who has been working with Giffords’ aides to get it into law this year, introduced a fresh version with his colleague. Mark Kelly, Giffords’s husband, spoke with Cantor recently about trying to get the bill to the floor for a vote.

Sen. Tom Udall (D-N.M.) is working to get quick approval of the new House bill in the Senate so that it can be sent to the White House. 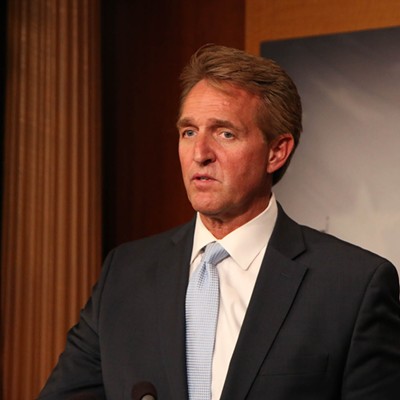