The Food Network Has Descended Into Madness

Looks like we have an early contender for the worst show of 2012, with the cooking competition show, Rachael Vs. Guy Celebrity Cookoff. Food Network Humor's review is particularly brutal, making it seem like the "Food" part of the Food Network is going to disappear like the "Music" did from MTV:


It was no surprise that Rachael’s team lost, and Taylor Dayne/Aaron Carter were the bottom performers. They had to do a 10-minute cookoff with a secret ingredient: shrimp. Rachael and Guy then tasted the dishes in a blind taste test.

This was basically just food poisoning waiting to happen. These 2 clowns had no clue what they were doing. Aaron Carter dumped 12 tablespoons of garlic powder over a stick of butter. Taylor Dayne sauteed her shrimp and threw breadcrumbs at them while they were simmering in the pan. It was ridiculous.

In the end, Aaron Carter was eliminated from the show. Did anyone care? No.

I’m going to be blunt here: this show is HORRIBLE. It’s not entertaining, it’s not funny, it’s not educational. It’s not engaging, quirky, or memorable. it’s just AWFUL. I could barely get through the entire hour. I’m predicting horribly low ratings, virtually no press, and a bunch of people just not giving a shit.

Try to Understand the Iowa Caucus 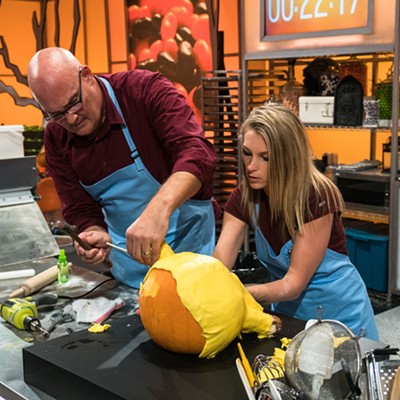