We May Have Found Another Planet to Ruin

We don't know if there's anything for us to stand on yet, but the temperature appears to be a delightful 72 degrees, there's light similar to that of our sun, and the year is a little longer than ours. Pack your bags for Kepler-22b, I think we've nearly milked this planet for all it's worth:

At 2.4 times wider than Earth, the composition of Kepler-22b is a puzzle. It could be rocky, a “super-Earth” much like our planet but bigger. It might also be a water world covered with deep oceans, said Dimitar Sasselov, a Kepler scientist at the Harvard-Smithsonian Center for Astrophysics. Or it could be gaseous like Neptune or Uranus.

Determining the planet’s composition rests in part on measuring its mass — how heavy it is. The Kepler telescope is unable to make this measurement, but ground-based telescopes can by watching the planet tugging on its star. Telescopes in Hawaii and elsewhere will attempt these measurements when the star comes into view next summer, Borucki said.

Andrew Bird, Noam Chomsky, and Troy From "Community" Are Coming to Town 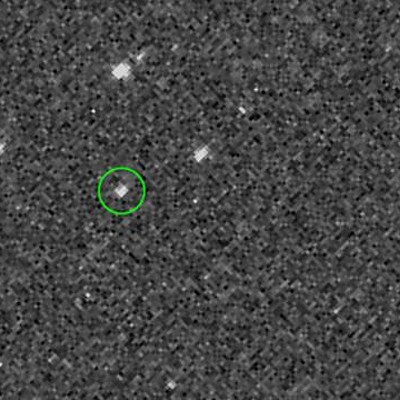