Axl Rose and Some Other People Are Coming to Phoenix

It's been a really long time since Guns N' Roses have played anywhere in Arizona (a show scheduled for December of 2002 was cancelled, and I think the last time Axl Rose actually took a stage in our state was back in early 1992 when the band played two nights at Compton Terrace with Soundgarden as the opener), so even if the lineup is still sadly missing Slash, Duff and Izzy, it's still notable that the band has a show scheduled for Phoenix's Comerica Theatre next month. The new version of the group seems proficient enough (Tommy Stinson on bass!) and Axl seems to actually care again for the first time in years, so maybe it'll be worth checking out. Then again, there's a decent chance that you'll end up driving up there only to find out that Axl canceled the show because he didn't like the sweater someone in the audience is wearing. Anything is possible.

Alison Davison: 'A Society Fueled by Curiosity, Wonder, and Compassion' 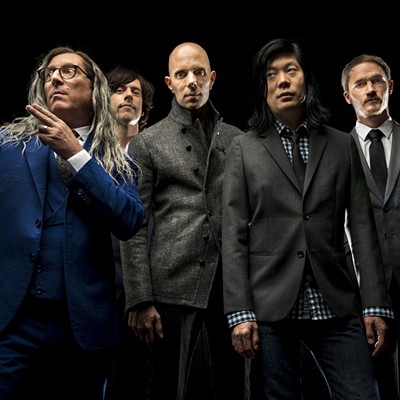 A Big Night For Fun.