Typically things slow down dining-wise during the summer, but not this year. Let's jump right in, shall we?

We said it yesterday, but it bears repeating: Takamatsu reopens tomorrow. Owner Peter Koga basically rebuilt the place from scratch, despite thieves who kept breaking in and stealing tools and wiring during the reconstruction. The teppan yaki tables are gone — not because they caused the fire; because that style of dining is falling out of vogue — but they’ve been replaced with Korean barbecue.

I know the banner outside says “Smokin’ in July,” but the opening of Mr. K’s Barbeque on River and Stone is creeping closer, even though they just moved the soft opening date back a week. Keep tabs on that over at their Facebook page.

Meanwhile, there’s word that two of the guys from the original Mr. K’s on South Sixth — which is staying open, and could even see improvements — are working on another barbeque joint. The name “Baby Ray’s” has surfaced in a few conversations, but nothing solid yet.

Brushfire BBQ is about a month from opening its second location out on the eastside, and liquor licenses have been filed for both locations. The addition of a bit of beer should be a hit with one of Tucson’s favorite barbecue destinations.

We spoke with the owner of the new Italian eatery Bella D’auria this week, too, and he says a soft opening should take place this month. The eatery will boast authentic Italian fare and a nightclub atmosphere. Sounds super classy, and the chef in charge is going the extra mile to accommodate diners with food allergies and diet restrictions. The opening is expected to take place in September.

Hot-pot dining rules, and the only place in town to do it is Impress Hot Pot. Thing is, they’ve only had dinner hours until now, but that changes next Monday. This is a great place to impress a lunch date. You will appear cultured, and the dipping sauce bar is a good place to show off your creative side.

Save the date for the Community Food Bank of Southern Arizona’s Salsa and Tequila Challenge. Best part of the tequila challenge? No margaritas! Not that I'm down on margs, but such a restriction will make it a heck of a lot more interesting. This event sounds like a total blast, and it benefits the myriad programs the food bank runs to help keep Southern Arizona fed.

Sparkroot’s sign is up and the furniture is going in today. This place is going to feature super high-quality drinks and food, but without any pretension whatsoever. It will also be the first place in the state to carry Blue Bottle Coffee, which is all the rage in San Francisco. Sparkroot is expected to open very soon.

A Dairy Queen is going in on the corner of Silverbell Road and Speedway Boulevard. It’s a cute, brand-new building and looks to be almost done. Woo-hoo!

Not sure if I mentioned this previously, but Planet of the Crepes is now parked outside of the Joel D. Valdez main library on weekdays. It's in the former spot of Eat-a-Burger, which has been like standing room only since opening an indoor restaurant across the street. POTC can also be found at the Sunday farmers' market at St. Philip's Plaza.

We’re heading down to V Fine Thai Dining this week to check out their new wine-racking program. Apparently patrons can have up to 12 bottles stored in a temperature-controlled room. Restaurant officials say the restaurant is the only independently owned eatery in the state with such a program, and that the only other places that do are some chain joints up north. Sounds very cool.

Also in case you don't follow the Range closely: A pizza place in a funeral parlor, sun stroke in a Culver's parking lot and a great little farmers' market.

And, in observance of prickly-pear season, which is currently in full swing, I give you a picture of the prickly-pear lemonade I made with Ms. Burns lemon basil and a garnish of borage blossoms and pineapple mint. Hey, it’s hot out there and a guy’s gotta stay cool. Talk to you soon.

Artistic Range: Gerben Mulder at the Museum of Contemporary Art 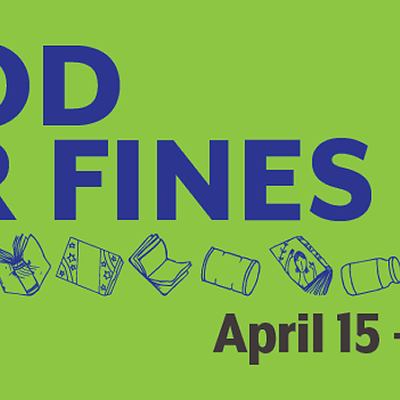