Performance artist Laura Milkins is walking from her home in Tucson, Arizona to her Mom's home in Grand Rapids, Michigan. And she's half-through her journey! What's more, she has a 24-hour live streaming of her walk that you can watch, too. She graciously chatted with me on her Bluetooth headset while she was mid-stride in small-town Kansas.

How are you feeling?

My feet hurt; I'm getting a new blister. That’s fine, but I thought I’d be done with blisters. That's just not true. On a humid day, wearing two pairs of wicking socks, I have a feeling that they’re pretty damp and I'm getting new blisters.

Where are you? How many miles have you walked so far?

What inspired this project?

Other than going home, it’s really about community. I feel like we have a lot of ways of being connected to each other, but people are starting to be afraid of change and are not opening their hearts to the people around them. And yes there are bad people out there, but most people are good. And most of the creeps are not gonna talk to some girl with a webcam on her head. Everyone has a good story. I've been enjoying getting to know people. Our culture is to stay in your home; some of us don’t even get to know our neighbors. We have to reach out to those around us and ask for help. I'm finding that community is out there. There's nothing wrong with electronic social connection; if it can bring you together, good; if you’re on Facebook and not hanging out with friends, then you should probably be talking to your neighbor instead.

Can you elaborate on the equipment you use/wear as you're walking?

I have a MacBook Air laptop suspended, a webcam velcroed to my head, a Novacell battery plugged into the Mac, and a G4 HotSpot from Verizon to give me internet. Most of the time, the livefeed works; it tends to cut out on and off, but it’s worked remarkably well.

Are there some days when you just want to shut the camera off?

I do mute it. Today I was having a personal conversation with a good friend of mine; I mute it, but I don’t turn it off, so you can still see the things I see, but not everything. You don’t want a stranger to know about your friend's personal life, so I end up muting it. I try to have it on 24-hours a day. I don’t care about my privacy, but I do care about other people's privacy. Though I do get tired of being a public spectacle; I look like a Cyborg.

It's all old-school social networking. My host called around town and found somebody; everybody knows somebody in these small towns. If I arrive into town and don’t have somebody, it just works out. Sometimes my Mom will call a church to find hosts. In exchange, I cook dinner and breakfast for them, and they tell me their stories.

What kinds of stories have you heard so far?

My last host had cancer, and she talked about all the different ways of living and dealing with her sickness. There are themes of ailments, themes of drought. In one town I walked through, they had the worst drought in 100 years, and this guy lost almost all of his cattle. There are also beautiful, happy stories. I stayed with a woman in Moscow, Kansas, and she was saying that her family has just been blessed. Several years ago, her husband started growing cotton, instead of corn, and they've been very successful. This last year, they had to sell their cattle, which was a good idea because of the drought.

Do you intend to enter this project into a festival?

Yes, I'm going to enter it into ArtPrize, which is in Grand Rapids this September. I've timed it out so that I can be there in time for the festival.

At ArtPrize, there’s going to be one large screen that plays the live feed with a banner over it that says, "Live From the Road: Laura Milkins is Walking Home." I'll also have two kiosks with small mounted monitors and keyboards and a headset. So if someone wants to watch the edited tv show on the website, they can watch those. They’re will be 40 beautifully, edited videos that my video guys have done along the way for each week, which includes a Skype interview and edited bits from the feed, video and photographs.

What's your next project?

It will look less like art, but don’t know exactly what it will be. I need to take breaks. I tend to work in a series, like I just did the walking series. This project is the culmination of that series. After this, I'll want to spend time with my family, but the next project will be something quiet.

For more information on Laura Milkins and her project, click here.

Seriously, Similac. You Remind Me of a Crack Dealer. 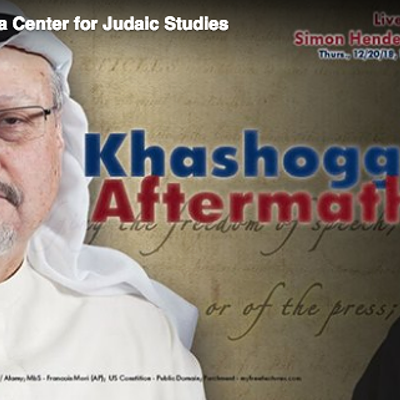