Last week, we covered the impressive potential of the upcoming fall television season. That lineup is impressive, particularly for the broadcast networks. There's a sense of, if not experimentalism, then at least risk-taking. The more networks filling to follow the HBO drama model, the better. Maybe The Wire or The Sopranos can't be replicated, but we should applaud networks for giving it a shot.

But, of course, there's a whole lot of crap out there still, and this week is about the upcoming pilots you can smell a mile out...

Are You There, Vodka? It's Me, Chelsea. (Midseason on NBC)

Look, I'm not immune to the charms of Chelsea Handler. She's got a whole nouveau Joan Rivers thing going on, that's appreciable. To spit her level of venom, you have to be likable on some level, and while I don't think she's got the allure of, say, Joel McHale, she's got an appeal. I hope she can carve out the sort of niche Joan Rivers has.

This is rote, but laugh tracks are for amateurs. The last time they worked in a genuinely great show was Seinfeld, and that was 13 years ago. It's done. It's gone. If you're dipping in that inkwell as a taped show, you're taking direct aim at mediocrity. You're essentially admitting, "No one is going to laugh at this unless a recording reminds them to do so". Not that Are You There, Vodka? has much to work with. Maybe it's Laura Prepon's delivery, but I don't think a single one of those jokes broke the mildly-amusing mark.

Since we're on the subject, NBC is following the same format with Whitney, which will land alongside The Office, Parks and Recreation, and Community on Thursday nights. You know, because those shows totally rely on multi-camera setups and laugh tracks to sell jokes. Whitney features a more gifted comedienne and seems to have better jokes than Are You There, Vodka?, but it still looks awful. I get that typical sitcom layouts still work, ratings-wise (How I Met Your Mother and The Big Bang Theory thrive in that format), but this show seems like an even worse fit on NBC Thursdays than Outsourced (which was just bad because it wasn't funny, not for any particular visual or canned audience aspect).

Speaking of Thursdays, ABC is trotting out this remake of an average early-'00s movie series that was a remake of an overrated television show that aired in the late '70s. Except instead of charismatic leads like Lucy Liu, Cameron Diaz, and Farrah Fawcett, Minka Kelly is starring. Can someone explain her appeal to me? She's like her boyfriend's fielding: visually fancy, but severely lacking when analyzed.

And what's with the last line of that trailer? "Count your blessings! They're not after you!" I'm not sure what that means.

The trailer doesn't seem half bad, honestly, but Good Christian Belles (changed from the book's title, Good Christian Bitches) doesn't have much going for it. Based on Amazon reviews, even people who read the book hated it. It's one thing if a bunch of nutty religious folk were slagging it off, but the main complaint seems to be, "This book has no cohesive storyline or compelling character development". That's a reasonable complaint as far as I'm concerned.

Dan Gibson and I already mentioned this shitpile twice. But I'd like to say, additionally, that I'd rather watch Requiem for a Dream three times in a row during a bad acid trip than sit through a half hour of famous people showing up non-famous people who deigned to question their celebrity. It's like something Prince Joffrey would enjoy.

Look, I'm willing to admit I'm not the target audience for most of the shows I've listed so far. I have a penis, you see, the shows I've mentioned are clearly aiming at the sans penis demographic.

So, ladies, maybe you'll enjoy Hart of Dixie. Or, as I call it, The Outdated Southern Stereotype Hour. I'm not saying there aren't worthy Alabamian stereotypes. I spent a few days in Birmingham once, and I found it to be a really cool town full of very fat people. I love fried food as much as anyone, but every man has his limits, and I discovered nine meals in a row was my limit. The point is, I never saw anyone wearing debutante gowns and carrying parasols. Though, if I'm being honest, I kind of wish I had.

Come to think of it, I did see at least three lifted trucks with Confederate flags on our drive to Auburn. Man, the South is really weird.

Okay, maybe I just hate puns in titles. And The CW. What a crap network.

"An effete magazine editor needs to toughen up his image or lose his job".

"Stars David Hornsby, who fans might recognize as "Cricket" on Always Sunny in Philadelphia".

I'm sorry. I stopped listening. I was too busy chugging this Drano at the thought of a real-life Johnny Drama finding work outside of Entourage and Jersey Shore.

Vampires? Really? No one's cared about sexy blood-sucking immortals since Brad Pitt took his shirt of in Interview with a Vampire. (I'm assuming he took his shirt off in that movie...I didn't actually see it.) Good luck finding an audience, The CW. Even Anne Rice doesn't care about vampires anymore.

Scandal's star is Kerry Washington, aka "the poor man's Aisha Tyler". This leads me to believe Aisha Tyler passed on this role. If Aisha Tyler passes, I pass. I'm sorry. That's just a maxim I've held for a long time now, and it's worked so far.

At least they got a Glee joke in there. Sometimes this stuff makes me want to move to the suburbs just to get away from people who make shows about the suburbs.

Animated GIF's of the Beer Making Process Are Always Welcome 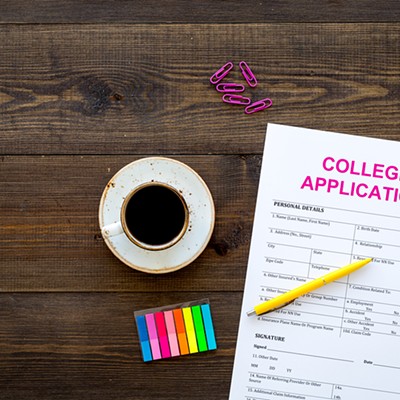