Whenever I think about the Arizona summer now, I like to think about it the way Ned Stark refers to winter in Game of Thrones. It's coming, it's going to be awful, and most of the television landscape leaves on the last cool breezes.

Things aren't that bleak, of course. Game of Thrones still has a couple episodes to go. South Park is happening (more on that next week). Breaking Bad returns in July, which cannot come soon enough. Friday Night Lights is about to wrap up its network run (though the finale aired months ago through Direct TV).

Fortunately, with DVRs, DVDs and HBO Go, Arizona summers don't have to be quite so grim. I recommend starting on Breaking Bad's 3rd season, which was just released on DVD and Blu-Ray.

In the meantime, though, there's an epic battle waging between Good and Evil in the NBA Finals. Dallas is one of my least favorite places in the United States, I can't stand Mark Cuban's incessant whining, and Tyson Chandler strikes me as the NBA equivalent of an '80s movie villain. But I want them to beat Miami in the most heartbreaking way possible.

It's not that I hate Lebron James or Dwyane Wade or Chris Bosh. It's perfectly find if Lebron James is never Michael Jordan. I'm pretty sure Michael Jordan is a sociopath. And if I was from Cleveland, I'd want to get out of there as soon as humanly possible, too. I just don't want them to win now. Or ever, really, but I assume it'll happen at some point because that's how the world works. For now, I want the superteam to lose.

This has been one of the most compelling NBA playoffs on record, and the Finals have been amazing. You may as well be watching.

This Is Certainly One Way to Get Divorced 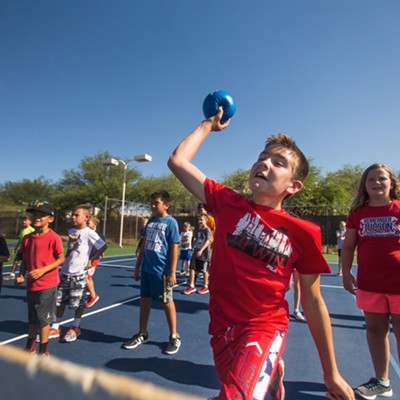