Time to Move to Pyongyang, Land of Happiness!

You only thought you were happy living in America, but it turns out, you haven't known true nationalistic joy until you've lived in North Korea. This is, of course, according to a North Korean study, but I'm sure that's reliable:

A report floating around China’s websphere alleges that North Korea’s Chosun Central Television recently released a global happiness index compiled by North Korean researchers. Perhaps not surprisingly, it found China the happiest place in the world, with a perfect score of 100 points. Just two points behind, in second place, was North Korea; Cuba came in third with a rating of 93.

It has been difficult to find the full list online in Chinese media (usually a good source for North Korean news).
But the screen grab to the right from a Chinese website, Chaoxian, shows the supposed line-up. North Korea’s rival, South Korea, didn't fair too well, it scored just 18 points to come in at 152. And the “American Empire” was dead last in the rankings at number 203 with a measly two points.

Iran and Venezuela were the only other nations whose listing were shown by Chaoxian, coming in fourth and fifth respectively.

Criteria for the index ratings were not available nor was the source of the story immediately identifiable. 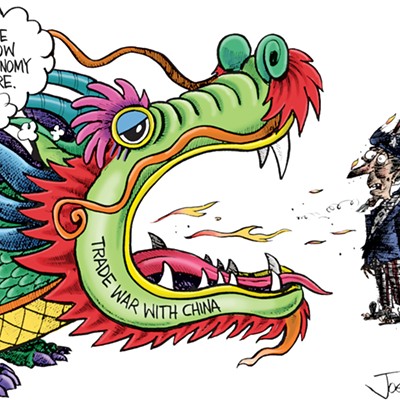