There's a lot to grumble about with the Time 100 - Blake Lively was great in The Town, but I think Mohamed Bouazizi's self martyrdom that kicked off the Tunisian revolution and the Arab Spring in general might have been slightly more globally influential - but still, the list is an interesting look at the world we live in.

Regardless, Barack Obama's blurb for Gabrielle Giffords' inclusion on the list is a nice tribute to someone who we all wish were on the list for different reasons:

The violence in Tucson earlier this year was made all the more shocking by the quintessentially American scene that it shattered: folks of different backgrounds yet part of the same community gathering to share their hopes and ask questions of their elected representative. To put it simply, they came to do the daily work of democracy.

Before that morning, Gabrielle Giffords may not have been a household name. But the reason she has long been admired by people of all political stripes is that she embodies the best of what public service should be: hard work and fair play, hope and resilience, a willingness to listen and a determination to do your best in a busy world. As hard a battle as Giffords, 40, now fights every day, she's got a strong partner in her husband Mark Kelly, who visits her daily while training to command the space shuttle Endeavour. And she's got the prayers of a nation rooting for her, a model of civility and courage and unity — a needed voice that cannot return soon enough. 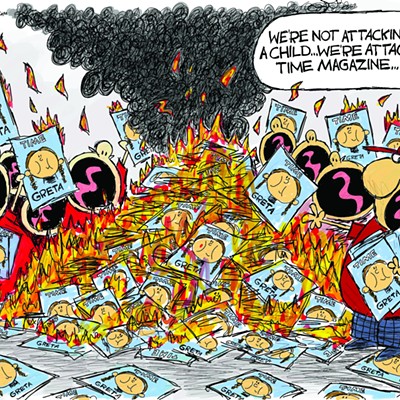