Game over: The Arizona Legislature has passed the massive corporate tax-cut bill introduced on Monday and rushed through a special session. Gov. Jan Brewer is expected to sign it.

The bill will reduce state revenues by $538 million a year when it fully kicks in 2018; if you're feeling particularly wonky, here's a summary of the legislation.

Here are the fundamental takeaways: The cuts will reduce the amount of money available for schools, universities, health care for the sick, mental-health programs, prisons, highway construction and every other thing the state does by more than $500 million—and keep in mind that right now, the state can't even find $5 million for life-saving transplants. The future cuts will come as the state loses somewhere in the neighborhood of a billion dollars from that temporary sales-tax hike the voters agreed to last year.

GOP lawmakers insist the bill will create good jobs in the state; some argue that the increased revenue from the new jobs will make up for the lower tax rates, although that's not substantiated by any JLBC analysis of the legislation.

If Republicans are right, we've got a bright and rosy future ahead. If they're wrong, they've locked the state onto a course that will devastate Arizona's government over the next decade. It's a plan cooked up behind closed doors and rushed through in three days because they didn't want a lot of people picking apart the details.

All of which gives us a pretty good idea of how the entire budget process is going to go.

The Arizona Senate this afternoon passed a bill authored by Senate President Russell Pearce that will bring jobs to our state, and re-establishes Arizona as a national economic leader. SB1001/HB2001 also include broad tax reductions that will improve the bottom line for all business in Arizona, leading to more job creation.

“You can’t grow the economy until you start growing jobs. This is what our members ran on in the November election: creating jobs. Our members earned the voters’ trust, and now those members are delivering,” says Pres. Pearce, a Republican from Mesa.

“This puts our state in a very competitive position for job creation. While other states are raising taxes and doing everything they can to force businesses out of their state, Arizona is putting out the welcome mat,” says Pres. Pearce.

“The passage of this bill gives us momentum heading into another difficult task in the days ahead: getting our state’s fiscal house in order. We know the citizens of this state expect us to make responsible cuts in our budget, and get Arizona moving again. I look forward to these discussions.”

After more than a year of debate, research and vetting, the Arizona House of Representatives passed a comprehensive Jobs Bill today, laying the groundwork for Arizona’s economic recovery.

This significant and historic bill represents the largest tax cut in Arizona history.

“With passage of the Jobs Bill, we are putting our confidence in the private sector and hard-working Arizonans rather than in government. As our federal government has demonstrated, spending more on government doesn’t create jobs,” said House Speaker Kirk Adams, the sponsor of HB 2001. “We have not seen such an aggressive reform of our tax policy or efforts to spur the creation of jobs in at least two generations. With this bill we are lighting up in big bold neon letters for all the world to see: ‘Arizona is open for business.’”

The Jobs Bill originated last year in the House of Representatives after Speaker Adams commissioned a study on Arizona’s economic crisis by noted economist Elliot Pollock. That study became the framework for the Jobs Bill, a combination of broad-base tax cuts and targeted incentives to attract new businesses to Arizona and create jobs.

“This job creation package has a large and growing coalition of support from all sectors of the business community,” said House Majority Leader Andy Tobin. “This is a pro-active approach to turning around our economy. We can’t sit around and hope that the construction and housing industries improve. We need to diversify our economy and attract new businesses. This is a fundamental shift in that direction.”

The unemployment rate in Arizona has remained above nine percent for the past 21 months with some Arizona counties in double-digit unemployment. The state has lost nearly 300,000 jobs since December 2007.

This comprehensive bill provides tax relief for small and large businesses to allow them to start hiring again, all of which is designed to make Arizona more competitive in attracting and retaining businesses in the state.

Tucson Teens to Face the Wheel of Fortune Tonight 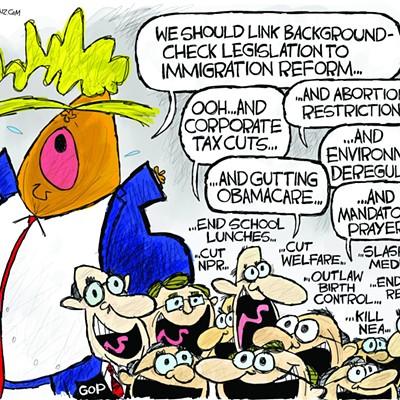