"My first thought is that I hope that the congresswoman is able to recover and is OK. That’s the most important thing, and certainly, my family and I are deeply saddened by the people who have been killed.

"... We don’t know what the shooter's motive was, but people, especially elected officials, need to pay attention to what they say.

"'Second amendment remedies,' Sharon Angle—that is reckless and irresponsible to even suggest that it would be OK to use violence about any concern with any elected official.

"It’s a concern to a lot of us. ... I’ve had eight different town hall events myself. Think about that: You can be at an event, trying to be available, and someone is going to attack you. It could have a chilling effect on the willingness (of) elected officials. ... I don’t intend to run and hide, but I’ll have to be a lot more careful about how we put ourselves out there."

Bill Nugent, owner of The Shanty, a bar on Fourth Avenue, says he’s known U.S. Rep. Gabrielle Giffords and her family for 17 years. When the Tucson Citizen closed up shop, Nugent hosted a party for the newspaper’s staffers—and Giffords was there, talking to reporters and editors still in shock over losing their jobs.

Nugent told us at the Citizen party that Giffords often found herself at The Shanty on Friday nights to talk to Citizen staffers.

“Gabby is a good friend,” Nugent said from his bar today. “I love her very much.”

Nugent said he and his family are worried about Giffords’ folks, especially her father, who is having health problems.

“She really believes in this country, in this state … she was one of those people who did and could always make a difference,” he said.

Nugent described Giffords’ parents as very interesting people. “They are the kinds of people you’d like to live next door to. They believe in doing the right things, and they raised their daughters to be good citizens and be out there affecting good change and do that selflessly.”

Update (3:12 p.m.): A statement from the Arizona state House Democrats:

House Democrats are saddened, disturbed and angry to learn of the shooting of Arizona Congresswoman Gabrielle Giffords staffers and others today in Tucson.

“Our thoughts and prayers go out to Congresswoman Giffords, her staffers, others and their families,” said House Democratic Leader Chad Campbell. “This is a horrific and senseless act, and we are all praying and sending out our thoughts for the victims today.”

“I am honored to count Gabbie as a close friend and I know she has always fought for Arizonans and is beloved by her constituents and the people of Tucson,” said Assistant House Democratic Leader Steve Farley. “She is one of the brightest and best and we all know through our hopes and prayers that she will fight through this. This is a human tragedy and we are praying for all the other victims who are here with her.”

“Gabbie is my friend and I am most concerned about her safety and well being,” said Heinz, a hospital physician in Tucson. “She is a wonderful woman and I’m proud to have her representing the people of Tucson in Congress. She has always stood up for what’s right for Arizona, and now we are all standing up for her.”

House Democrats will hold a vigil for anyone who wants to join in sending their thoughts and prayers for Congresswoman Giffords, her staff and others who have been victimized in this horrific event.

Update (3:09 p.m.): The Twitter feed of an apparent Loughner acquaintance.

Update (3:02 p.m.): Gov. Brewer orders flags flown at half-staff in honor of those who lost their lives today. She calls Giffords a friend. Asks people to pray for the victims' recovery, and pray that we never have to go through a tragedy like this in Arizona again.

Update (2:49 p.m.): President Obama: I've spoken to Gov. Brewer and offered "full resources" of federal government. Says Giffords was doing what she always does: Talking to constituents, the essence of democracy

Update (2:35 p.m.): Comments from a Jared Loughner on another MySpace page.

Update (2:15 p.m.): AP is reporting Judge John Roll is dead. Web producer Dan Gibson is working on an analysis of the possible YouTube page of the alleged shooter. One quote: "You don't have to accept the federalist laws."

Update (2:14 p.m.): The UA-Stanford basketball game has been postponed.

Update (2:02 p.m.): Surgeon "optimistic" about recovery of Giffords. Surgery completed. The one person who died at UMC was a "young child" about 9 years old. 10 patients at UMC. Giffords shot through brain.

Update (2:01 p.m.) Jim Nintzel, from UMC: "Peter Rhee head of trauma will be speaking (at the press conference), followed by (Police Chief) Villasenor and (Mayor) Walkup. (Former Rep.) Flake is here, too."

Tim Bee, a former classmate of Giffords and her opponent in 2008, says: "It’s a horrible, senseless act. Our praryers are with Gabby and her family and all the victims and their families."

Update (1:51 p.m.): The sheriff's dept reports that a 22-year-old with previous minor scrapes with the law is in custody. Multiple search warrants are being served right now, according to the Weekly's Dan Gibson. He used a pistol with an extension.

Giffords staffer Ron Barber is reportedly among the injured.

A trauma surgeon is speaking to Giffords family now, per Jim Nintzel, with a press conf. in 10-15 mins.

Update (1:42 p.m.): The UMC press conference has been delayed. State Sen. Linda Lopez, who may or may not know what she's talking about, told Fox News that Giffords was responding to commands.

Update (1:32 p.m.): The Arizona Republic is reporting that after Giffords was shot, someone else in the crowd shot at the gunman.

Five others have reportedly been killed after the shooting at a Safeway in northwest Tucson at Ina and Oracle roads.

Arizona state Sen. Linda Lopez, who is at University Medical Center in Tucson, said she spoke to Giffords' parents and that they said she is in the emergency room undergoing surgery and is in very serious condition.

“It is horrific, is it saddening. She is a vibrant woman, young, with all the future in front of her … with the great probability of making great contributions to our state," Grijalva said.

"There’s no explanation. We all get in this game of public service with the understanding that we are going to be open to criticism, but we don’t get into this thinking this is a life and death situation."

Grijalva reflected on the national and political anger that has surfaced these past two years. Both representatives have seen an increase in threats and violence, including guns shot through office windows, broken office windows, and Giffords reporting last year that someone had a weapon at an political event she spoke at regarding health-care reform.

"All this anger, all this demeaning of people that are in public life that are elected officials ... what a sad commentary and huge loss for all of us,” he said.

“I understand they apprehended the person, but the fact that the matter is you can attack people based on who they are is so sad.”

Asked if he and his staff feel this situation is frightening, Grijalva said absolutely.

“I and the people that work in my office inform me that they didn’t sign on to put their life at risk, and my family didn’t sign on, either … There is no lesson to be learned. The lesson should have already been learned. It is not only about the difference of opinion, but how we handle the difference. There needs to be an acceptance of divergent views and how we act like a community. The state of Arizona is the bellwether state as the creator of much of the division across the nation. The leadership in Congress and at the state level—they need to better understand that their anger, their vilification of others who disagree with them needs to stop. There needs to be civil discourse.”

“Listen, me and my staff are devastated right now. I can’t imagine what Gabby is going through, her family and the families of her staff. I can’t. … My heart is with them."

Update (1:06 p.m.): A UMC spokesperson is telling Fox News that Giffords and nine others injured—all in serious or critical condition—are at UMC. She also confirms that Giffords was shot in the head. She says more info at a briefing at 1:30.

Update (1:04 p.m.): Hank Stephenson tells us police are moving all of the media folks from the shooting scene—at the Safeway at Ina and Oracle—to the Westward Look, which is about a 5-10 minute drive away.

Also, ABC is reporting Giffords' husband, Mark Kelly, is on his way to Tucson.

A report from an eyewitness according to Gawker.com:

We spoke to an eyewitness, Steven Rayle, who was on the scene at the time of the shooting and helped to hold the suspect down while waiting for police. Here's what he said:

The event was very informal: Gifford had set up a table outside the Safeway and about 20-30 people were gathered to talk to her. The gunman, who may have come from inside the Safeway, walked up and shot Gifford in the head first, "point blank". According to Rayle, who is a former ER doctor, Gifford was able to move her hands after being shot.

Update (12:48): AP is apparently reporting Giffords is actually in surgery and is in critical condition.

Update (12:40): NPR has walked back the report that Giffords and six others are dead and is now saying there are "conflicting reports." A news conference at UMC is scheduled for 1:30.

Rep. Gabrielle Giffords and six others died after a gunman opened fire at a public event on Saturday, the Pima County, Ariz., sheriff's office confirms.

The 40-year-old Democrat, who was re-elected to her third term in November, was hosting a "Congress on Your Corner" event at a Safeway in northwest Tucson when a gunman ran up and started shooting, according to Peter Michaels, news director of Arizona Public Media.

At least three other people, including members of her staff, were injured. Giffords was transported to University Medical Center in Tucson.

Giffords was talking to a couple when the suspect ran up and fired indiscriminately from about four feet away, Michaels said.

The suspect ran off and was tackled by a bystander. He was taken into custody. Witnesses described him as in his late teens or early 20s.
Update (noon): KOLD reports that a Pima County sheriff's spokesman says "at least three people" have been shot, and Giffords was injured. CNN is saying about a dozen people were hurt.

Update: An eyewitness has told CNN that Giffords was shot in the head at "point-blank range." The Weekly is not able to confirm this at this point

A dozen people were injured.

We've got people heading to the scene and UMC. More details to come.

Giffords, who was re-elected to her third term in November, was hosting her first "Congress on Your Corner" event at the Safeway in northwest Tucson when a gunman ran up and started shooting, according to Peter Michaels, news director of Arizona Public Media.

At least five other people, including members of her staff, were hurt. Giffords was transported to University Medical Center in Tucson. Her condition was not immediately known.

Giffords was talking to a couple when the man ran up, firing indiscriminately, and then ran off, Michaels said. According to other witnesses, the was tackled by a bystander and taken into custody.

Giffords spokesman C.J. Karamargin says he has no details yet.

Reminder: If You Remember Floppy Discs, You Are Old 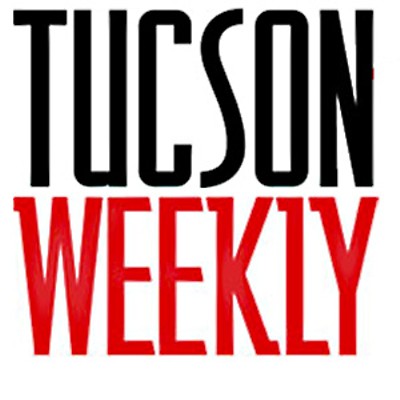