In an interview with blogger Mike Stark, Rep. Trent Franks (R-AZ) appeared to say that African-Americans are worse off today because of legalized abortion, than they were compared to slavery.

"It seems like humanity is very gifted at hiding from something that's obviously true. I mean in this country we had slavery for God knows how long. And now we look back on it and we say, 'Well how blind were they, what was the matter with them, you know, I can't believe, I mean four million, this is incredible,'" said Franks. "And we're right. We're right, we should look back on that with criticism. It is a crushing mark on America's soul. And yet today, half of all black children are aborted. Half of all black children are aborted. Far more black children, far more of the African-American community is being devastated by the policies of today, than were being devastated by the policies of slavery.

"And I think, what does it take to get us to

wake up? Sometimes we're a little bit emphatic and sometimes we get angry and say things that we shouldn't say. And I apologize right here in front of everybody by saying things, especially if they're not true, that are intemperate. But I don't want to hide from the truth, I don't want to hide from being able to speak the truth intensely, with the hope that somehow it will resonate in the hearts of people who have the power to make a difference for the suffering of the innocent that are the victims of these bad policies."

Picture This: Boys and Girls Club 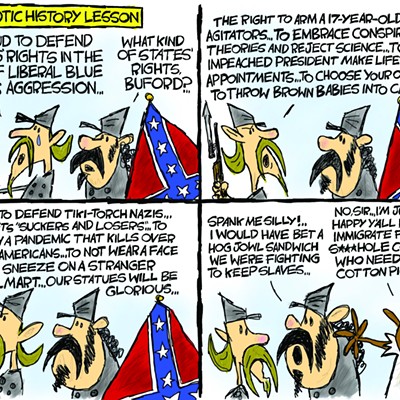