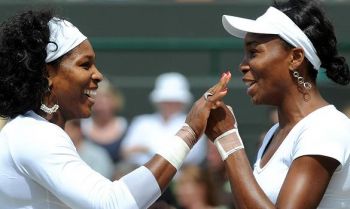 What could be better than the usual July 4th shtick of brats and beer?

Watching Venus and Serena Williams in their fourth sister-vs.-sister Wimbledon final in eight years, that's what.

Sit back with a bowl of strawberries and whipped cream, and start taking bets. Serena won in 2002 and 2003, while Venus won in 2008. Perhaps she's due another win, although Serena has a 6-5 advantage in Grand Slam meetings, including five wins against the seven she's faced against her sister in finals.

Sitting on the couch in the middle of the summer, celebrating our nation's independence watching the Williams sisters play their hearts out in England—that's just fantastic.

I hope my swamp cooler holds out.

Rock The Council: Save The Rialto!