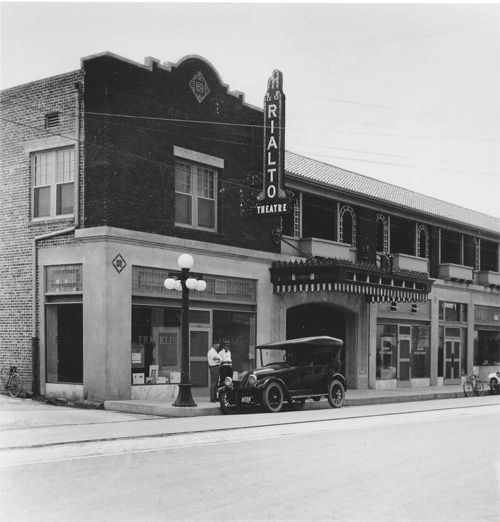 With a unanimous vote, the Tucson City Council last night asked developers Scott Stiteler and Don Martin for a few more weeks to work out details in the downtown development agreement they’ve been hammering out for the last six months.

Stiteler and Martin, in response, have told Rob O’Dell of the Arizona Daily Star that they’ll walk away from the deal. You can find details of the deal in O’Dell’s story on the council meeting, but the general outline had Stiteler and Martin redeveloping some of their own property and passing out some cash to various downtown beneficiaries (including Skrappy’s, the Warehouse Arts Management Organization and the Rialto Theatre), in exchange for about $4 million in city property.

Michael Crawford, an attorney who serves as president of the foundation’s board, has been pushing to include the Rialto in the development agreement. Two weeks ago, the City Council urged the developers to work out a deal with the Rialto Foundation, which wants two “bays” on either side of the theatre’s lobby and a building behind the theatre that’s used for a green room for the artists and office space for the Rialto staff. Those are important spaces for the Rialto to continue its successful operations.

We’ll admit upfront that we’re friends with the Rialto’s executive director, Doug Biggers, who is the former editor and publisher of the Tucson Weekly. That aside, we believe including the Rialto in the deal makes a great deal of sense because it’s easily the most successful element of Rio Nuevo and has succeeded in its mission: Bringing people downtown, who then spend money at the nearby bars and restaurants before and after shows.

The developers, who had originally said they couldn’t afford to include the Rialto’s requests in their proposal, capitulated somewhat and agreed to

turn over the bays to the city as part of the deal. They also said the Rialto could continue using the building behind the theatre rent-free for the next five years, with market-rate leases after that.

But in return, they wanted an easement giving them permanent access to the upstairs balcony of the theatre. The developers plan to put in a bar on the second floor of the Rialto building and see the theatre as a draw for their future patrons.

The Rialto Foundation was willing to agree to access to the theatre, but was wary of granting a permanent easement—especially since that was an element introduced without negotiations with the attorneys.

More troubling was the fact that none of the details regarding the proposal to turn over property to the Rialto were set in stone in the agreement the council was asked to approve last night. Instead, they two parties had six months to work out the details and Martin and Stitelier could have walked away from that portion of the deal without the theatre getting anything at all—an element that left the foundation’s board very wary of the deal.

On top of that, Stiteler and Martin walked away from negotiations with the theatre last Wednesday, saying they’d made their final offer. And then they delivered a revised document to the city on Friday afternoon, with a request that it be approved on Tuesday night. That didn’t give council members much time to review the details and suggest changes.

Whether Stiteler and Martin can be brought back to the table remains to be seen, but the council made a good call in rejecting the deal, which contained too much wiggle room for the developers and not enough certainty for the theatre or the city.

Since the city didn't agree to the deal, Stiteler and Martin can ask the city to reimburse them up to $950,000 for the planning work they've put into the project. But as City Councilwoman Shirley Scott pointed out at last night's meeting, Stiteler and Martin have lost the partners they originally proposed to do the deal with; Portland developer Williams and Dame was more or less fired by Stiteler, who didn't want to keep them on the payroll, and developer Jim Campbell split from them to do his own deal for commercial and residential development around the Fourth Avenue underpass, which the council approved earlier this month. On top of that, the final package delivered to the city—with very little time for review—bore little resemblance to the package that was originally promised, so the city may have a good argument in any kind of arbitration that they don't owe the developers anything at all (or at least less than $950,000).

Don't Throw Your TV Away