Here are some iPhone apps you'll want to have on hand this weekend if you're going to any of the Tucson Weekly's City Week picks: 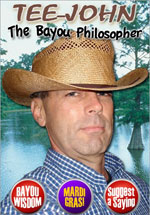 At some point during Saturday's Third Annual Night of New Orleans at Hotel Congress, you will be inspired to utter something "Cajun" (usually after a bowl of tasty jambalaya and that second Abita beer). It happens to everyone. The Tee-John app, created by Tee-Boy in Opelousas, Louisiana, helps you keep the swampy sayings authentic with a random assortment of Cajun quips, delivered in Tee-John's authentic Looosiana drawl.

Impress your friends as you sidle up to the food line and exclaim, "Happiness is a sack o' crawfish." Or, better yet, let Tee-John say it for you.

The app will set you back 99 cents, but how else will you be able to proposition that cute Cajun guy or girl with "Do me the stanky leg and show me the night night." 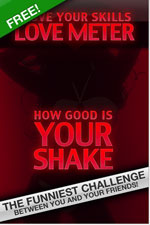 Challenge your friends to see who can top off the love meter and demonstrate their sexual prowess by shaking it the best. Your competition is set to a mood-setting club soundtrack and an oddly arousing iPhone vibration.

Much like another sexual act, the app is free, and if you haven't gotten the joke by now, you probably also fell for the old one about the "sofa king." 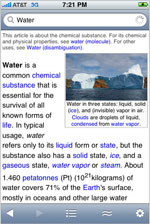 Three's usually a crowd, but you'll want to bring along the Wikipanion on your date to Saturday night's "Backstage at the Opera" fundraising concert at the Temple of Music and Art.

Download this free app, do a search on "opera," and keep the app open and handy in your pocket. When a pretentious concertgoer asks your thoughts on the baritone's tessitura over hors d'oeuvres, you'll be a sip of wine and bite of cheese and cracker away from knowing what the hell she's talking about. 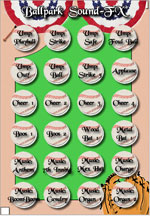 There's no telling if Hi Corbett Field will have the PA system fired up for the entire Us n Them Softball Tournament on Saturday. Don't leave it to chance: Take control of your own audio enjoyment by putting a ballpark sound effects system in your pocket.

For 99 cents, you can now have "We Will Rock You" drum beats and cavalry charges just a touch away. Other than a hot dog and a beer, isn't that all any fan needs?