SCAAP Crap: Why Does The White House Hate Paying Its Prison Bills To the States? 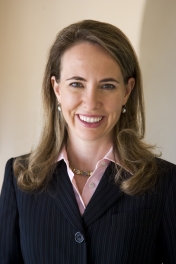 It doesn't seem to matter whether George W. Bush or Barack Obama is in the White House: When they look for savings, they always seem to target the SCAAP program, which provides federal dollars to cover the cost of housing foreign nationals in our prisons.

Back when she was governor of Arizona, Janet Napolitano delighted in sending regular bills to the Bush administration asking for hundreds of millions of dollars to cover prison costs. Wonder if she'll put in a good word for us now that she's heading up Homeland Security?

Congresswoman Gabrielle Giffords dusted off her annual complaint that the White House is wrong to zero out the funds:

The Arizona lawmakers are asking for at least $400 million for the State Criminal Alien Assistance Program, which last year provided $17.4 million to the Pima County Sheriff’s Office and other Arizona law enforcement agencies.

Although funding for SCAAP has been eliminated in the budget proposal President Obama sent to Congress on Thursday, Giffords, Mitchell and Kirkpatrick say

the 15-year old program is a critical source of funds for cash-strapped state and local agencies that are forced to divert resources from public safety services to deal with illegal immigrants.

“As Arizonans, we know the tremendous financial toll illegal immigration is taking on our state and local law enforcement agencies,” said Giffords. “As long as sheriff’s offices in Pima, Cochise and other Arizona counties are doing the federal government’s job of securing our border, they must get compensated for it. That is the fair thing to do.”