NY Times: Kyl To the Rescue of America's Rich! 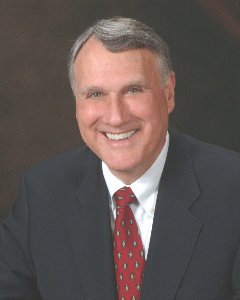 One day after GOP congressional leaders unveiled a tax proposal that actually raises taxes on the middle-class while cutting them for the wealthiest Americans, The New York Times delivers some smack to Sen. Jon Kyl for his push to cut inheritance taxes for the ultra-wealthy:


The Senate budget debate began this week against a backdrop of war and recession, rising unemployment and surging foreclosures, runaway health care costs and diminishing insurance coverage — to name just a few of the nation’s big problems. But for Senator Blanche Lincoln, Democrat of Arkansas, and Senator Jon Kyl, Republican of Arizona, the most pressing issue is clear: America’s wealthiest families need help. Now.

The two senators plan to propose an amendment to deeply cut estate taxes for the fraction of the top 1 percent of the population still subject to those levies.

The proverbial millionaires next door — the plumbers, contractors and accountants who amass substantial wealth through hard work and modest living — are not the intended beneficiaries of the proposed cut. The Obama budget already takes care of them, because it retains today’s law, which imposes the estate tax only on couples with property worth more than $7 million, or individuals with property worth more than $3.5 million. That means 99.8 percent of estates will never — ever — pay a penny of estate tax.


With all the serious work before Congress, it is a colossal waste of time to have to rebut the false claims and warped premises of ardent estate-tax cutters.

Who is Kyl taking economic advice from these days? Joe the Plumber?

Are You Kidding Us?