Someone has painted what is probably best described as graffiti on some local buildings, namely the WorldCare building on Wilmot Road, south of Broadway Boulevard (does anyone remember when it was a Silo? Before there were Best Buys and Circuit Cities? Where has the time gone?), and an abandoned old car garage on Tucson Boulevard and 22nd Street. It's not your average graffiti—it looks a little like this: 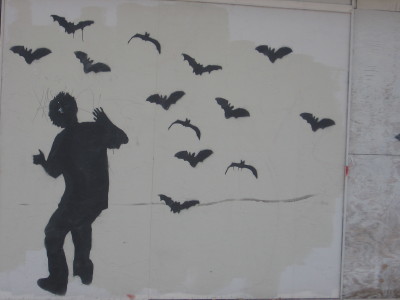 Above is the one on the WorldCare building—the bats actually stretch across the whole east-facing wall. Wicked. 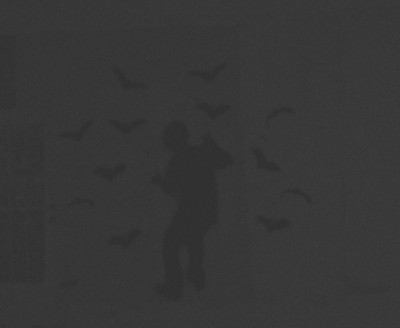 And this is the one (above) on the old garage. This is dark because it was night. Painted bats are scarier at night.

Are there any more of these that I don’t know about? Does anyone know who did these? I’m asking ‘cause I think it’s pretty cool. I’m all for rogue public art, especially rogue public art that makes that WorldCare building look nicer.

Claytoonz: No Prize For You